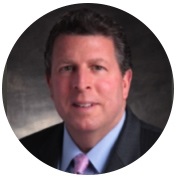 Howard attended the University of Maryland, and graduated in 1978 with a Bachelor of Arts degree in Psychology. He joined The Paul Revere Insurance Group in 1979 as a Brokerage Representative. In 1982, Howard was appointed Sales Manager of the Richmond, VA office. His success in Richmond propelled his appointment to General Manager of the New Jersey Brokerage office in 1986. Howard’s responsibilities as General Manager were to oversee individual and group brokerage operations for the New Jersey territory. In 1996, Howard was appointed the General Manager of the combined Brokerage and Group office for New Jersey. He joined Guardian and Alter & Co, Inc., an agency of Guardian, on May 27, 1997 as Executive VP/Brokerage Director. He presently is responsible for overseeing all Disability and Long Term Care business for International Planning Alliance, LLC. Howard was an active member of the Newark Association of Life Underwriters, where he is a Past President. He has served as Secretary/Program Chair for the Northern New Jersey GAMA Associates (1992-93), and has moderated the LUTC course for 12 plus years. He is also a Founding Member of the International DI Society. Howard received his Registered Health Underwriters designation in 1987 and he is also certified by the Corporation for Long Term Care and holds CLTC designation since 2007. Howard has won the Elite Disability Specialist of the year award three out of four years, and he is a member of AHIA, NAHU and MDRT. He has qualified for Leaders Club every year since joining Guardian in 1997.

Howard resides in Roseland, New Jersey with his wife and has three grown sons. He enjoys tennis, biking and the outdoors.